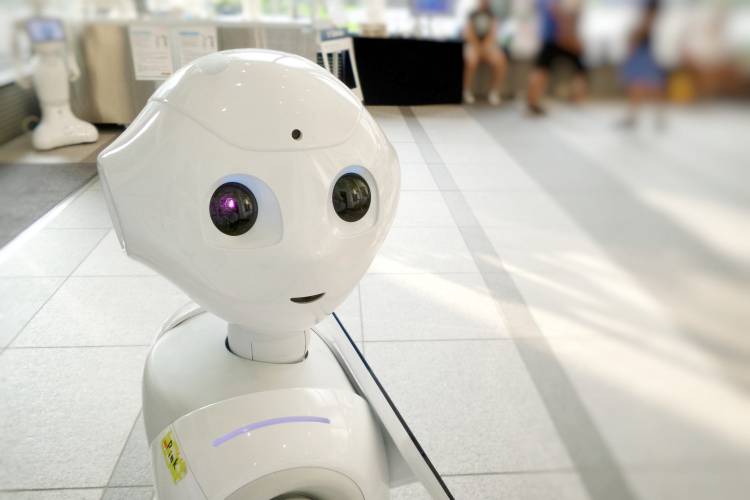 Companies that manufacture drones and robots are at an historical impasse. There has been no better time to take advantage of these investment opportunities as both sectors continue to heat up.

Private industry, the military and now even the consumer retail market are all heavily invested in this second-wave of the cyber revolution. Here are some of the most promising candidates among robotics and drone stocks available today:

Robot stocks for targeted investment in the sector

ROBO is an ETF whose price has increased almost 50 percent in the past year. It regularly outperforms the market and its main robotics ETF competitor, BOTZ. With wide diversification and very low risk, ROBO is considered a good value due to its low market capitalization and lower P/E ratio compared to BOTZ. The ETF is sought out by investors who want low risk but targeted exposure to the robotics market.

BOTZ is the other primary ETF choice in robotics, boasting at least four stocks that are not held by its competitor, ROBO. Considered less diverse and more explicitly focused on robotics alone, BOTZ is the newer player on the robo-block, having come into existence in late 2016, compared to ROBO’s 2013 debut.

Look for many more robotics ETFs to come along in the next five years as this sector heats up and the technology becomes more familiar.

There are dozens of companies involved in the fast-growing sector of drone building, servicing, and design. The following 8 are the most prominent players right now, with Google as a generalized add-on to the list for investors who want a less drone-specific opportunity. Google offers good exposure to the drone market but in a more diversified way.

Northrop Grumman Corp, symbol NOC, was one of the earliest entrants into the military drone business via its aerospace division. Within a decade, Northrop’s UAV business was bringing in more than 50 percent of the company’s profit. Just a year ago, Northrop had a backlog of drone orders that surpassed $17 billion, which means the aerospace giant will be knee-deep in drone orders for years to come.

AeroVironment Inc., symbol AVAV, is an example of a direct investment opportunity because the company makes drones and sells them to both civilian and military buyers. Most UAV enthusiasts are familiar with AVAV’s “Raven” unit. Raven is currently the world’s most commonly deployed UAV. Nearly 90 percent of AeroVironment’s revenue comes from drone sales. For investors who want to buy into the UAV segment, AeroVironment is a direct play. It is worth noting that AVIV share prices are volatile, but given the newness of the niche and the high-stakes competition, that is to be expected. Due diligence is the watchword, but potential gains are significant.

For investors who are a bit reluctant to buy directly into the UAV market, there are many opportunities to ease in via the components segment. While drone manufacturers may have volatile price fluctuations and company health profiles, component-makers are usually a more conservative bet in any industry.

Ambarella is one such company. Trading under symbol AMBA, Ambarella makes all kinds of HD components and mobile video systems that are part of the UAV universe. In fact, the image-processing portion of GoPro cameras is made by Ambarella. Whether an individual drone maker survives or perishes, Ambarella (and other component manufacturers) will theoretically be able to stay afloat by servicing whoever is at the top of the niche on any given day.

IXYS Corp., trading under the symbol IXYS makes semiconductors that are key components in lots of small drones. Now that the retail, so-called “small-business” drone market is taking off, IXYS stands to profit from being in the right place at the right time.

STMicroelectronics is a Swiss company that is similar in many ways to the above-mentioned IXYS. Trading as STM, the small, high-tech maker of 3-D printing chips and drone components has a penchant for survival in a competitive market. STM has already made a name for itself in the gyroscope tech category of the smartphone market.

GoPro, GPRO: GoPro not only makes mobile cameras but is now manufacturing drones for retail end-users. Based on GoPro’s success at selling wearable camera systems, its new venture into the drone business could be another home run for one of the stars of modern tech companies.

InvenSense, INVN: Similar in some ways to STMicroelectronics, mentioned above, InvenSense makes gyroscopes for use in all kinds of drone systems. Some analysts think such vital, universal drone components are where investor dollars are headed.

Google, GOOGL: Now that the Internet giant has acquired its own collection of robotics companies, the stock could become an effective indirect buy into the drone market.

If scaled-down, mini-drones become as commonplace as some analysts are predicting, these smaller drone component entities could find themselves in an ideal position. As time passes, and military drones give way to corporate, advertising, scientific and, finally, personal-use devices, the drone sector could become massive. The few major manufacturers and component-makers who survive the initial shake-out could become the McDonald’s, Microsoft, and Intel of the drone market.

As time passes, and military drones give way to corporate, advertising, scientific and, finally, personal-use devices, the drone sector could become massive. The few major manufacturers and component-makers who survive the initial shake-out could become the McDonald’s, Microsoft, and Intel of the drone market.

The few major manufacturers and component-makers who survive the initial shake-out could become the McDonald’s, Microsoft, and Intel of the drone market.

What do you think? Is your portfolio ready for some of these alt investments?