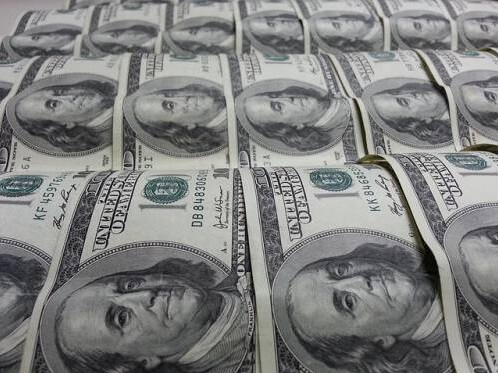 There were no hedge funds or money managers or investment bankers in the 1700s, at least no one specifically referred to by those titles. The world was a much different, harsher place. The business environment, or what there was of it, was in its infancy. So how is it that the son of a candle maker who received no schooling after the age of 10 went on to become one of the most influential Americans who ever lived?

Sadly, Benjamin Franklin’s most famous saying is routinely misquoted, and his skills as an investor are typically ignored in modern media portrayals of his life. “A penny saved is two-pence dear,” has somehow morphed into “A penny saved is a penny earned,” a saying with an altogether different meaning that the original. His “Fish and visitors stink in three days,” has also survived into modern English conversation intact, perhaps because of its innate truthfulness!

Benjamin Franklin’s presence dominated the eighteenth century, whose opening and closing years bracketed his lifespan and saw him retire with considerable wealth at age 42. Most modern Americans know the brief outline of his life and can quote a few of his more notable sayings. But few realize that his talents as an investor are what allowed him to pursue all those other interests of his, the ones that put him on the map.

Leveraging the power of multiple minds

When he was only in his early twenties, Franklin formed a mutual-interest society known as the Junto, comprised of his business friends, all of whom were much older and more experienced in entrepreneurship. The Junto, casually referred to as the Leather Apron Club because its members were all craftsmen of one kind or another, met every Friday night to debate issues of the day and exchange advice.

Having learned the ins and outs of the printing trade from his older brother, Franklin decided to invest what little he had in press and newspaper equipment. Soon his wealth began to grow and he came to own a large number of printing shops in the American Colonies. As time went on, he decided to diversify his income sources and become an author. What began as Poor Richard’s Almanac eventually made Franklin a fortune. The publication boasted a readership of 10,000 subscribers per year, staggering sales for that era and clearly a financial home-run for Franklin.

When he was wealthy enough to retire, he did so, at the age of 42. Having amassed the equivalent of more than $10 billion by today’s measurement, Franklin stands as the 181st richest person of all time according to Forbes Magazine’s historical wealth ranking. Few people today look at him as Benjamin Franklin investor – as what he was, the world’s first media mogul and the inventor of long-term investment planning.

The Investing Secrets of Benjamin Franklin

Just what are some of the lessons we can take from Franklin’s life? What were the secrets that made him so successful, against the odds and in an era that was so hostile to anyone who went against the grain?

Keep in mind that Benjamin Franklin was anything but a money-grubbing miser. He looked at wealth as a means to an end, and his Leather Apron Club even created a charity that allowed any citizen to rent books from its library, a huge luxury in the 1700s. Franklin spent the second half of his life using his wealth to pursue his interest in travel and to build organizations that furthered the public good. Here are some of his secrets:

Understand what you are putting your money into

Franklin was wary of the stock market, having witnessed a huge scam that bankrupted thousands of American and British investors, so he decided to invest in what he knew, the printing business and himself. From printing, he branched out into newspaper publishing and writing, then selling his inventions in his own widely-circulated publications.

Early in his career, money was short and times were tough, so Franklin had to keep things simple and build up his wealth by diligently practicing the one trade he knew. Later, this method paid off. He avoided market crashes and mini-crashes, owned his own business and was able to rely on his own wits.

The desire to rely on himself was a major theme in the life of Benjamin Franklin. Quite rare for men of that era, he learned to cook and prepare his own meals in order to save money (most workingmen of the day paid a local boardinghouse for their daily meals). Ben used the cash he saved to build up his book collection and buy printing equipment.

Not happy to wait for print supplies to arrive from England, and unhappy with their rising costs, he decided to make the print plates and ink himself. It took him a while to perfect the method, but eventually this decision saved him a small fortune and gave him a huge advantage over his competitors.

Your most valuable asset is yourself

From an early age, according to Franklin’s autobiography, he did whatever he could to increase his knowledge base, learn his trade and improve his skills. He spent “an hour or two” each day reading, and had no time for “taverns, games or frolics of any kind.” (from The Autobiography of Benjamin Franklin)

Keep in mind that this was only a short-term solution. Later, after he had accumulated wealth and independence, Franklin spent much time in “taverns” and toured the world. He believed in working hard early in one’s life in order to enjoy the later years.

Build a group of friends who can support your goals

The Junta (Leather Apron Club) was Franklin’s creation. Its structure was based on many of the social clubs he knew from time spent in London as a youth. But the Junta was a uniquely American organization. Every Friday evening, the group of about a dozen diversely talented tradesmen socialized and exchanged ideas about business, economics and the world in general.

Modern investors form clubs and societies to do just this, and many historians credit Benjamin Franklin for starting the trend. He was one of the first prominent people to realize that knowledge is power and time is money. Today’s investors would do well to take a lesson or two from the philosophy of Franklin.

Benjamin Franklin possessed a unique mind and a singular desire to improve himself. His investment strategy was groundbreaking, especially for its day. He didn’t rely on the “traditional” experts to tell him what to do. He forged his own way, kept his money close, and relied on himself with a stealthy doggedness. One is hard pressed to imagine Benjamin Franklin having much love for today’s securities markets. He’d likely ignore Wall Street and find his own niche. After all, that’s the “Franklin way.”