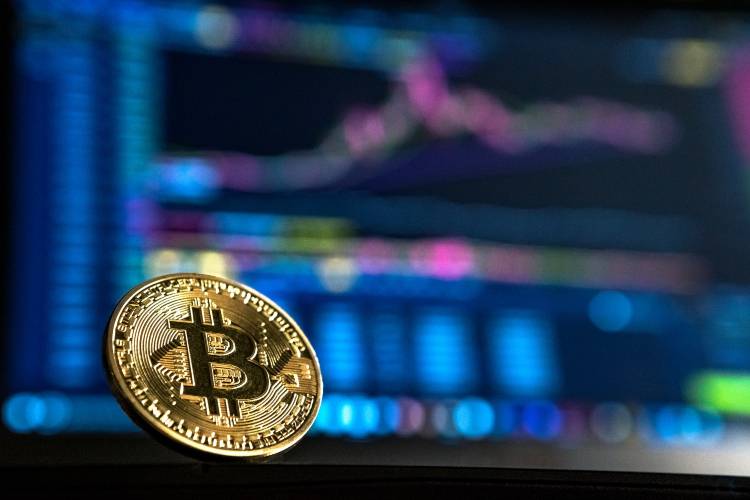 One of the hottest topics around the Investor Insights is cryptocurrencies. We invest in cryptos and have made great returns on Bitcoin and Ethereum but did you know that in 2017, Bitcoin wasn’t even in the top 10 of best performing cryptos? It’s true.

But that growth is puny compared to the 13 cryptocurrencies that outperformed Bitcoin, according to an article in Quartz Media that listed the best performing cryptocurrencies of 2017. They were Ripple, NEM, Ardor, Stellar, Dash, Etherium, Golem, Binance Coin, Litecoin, OmiseGo and, finally, Bitcoin.

Read on to get a brief overview of each currency and find out how to stay on top of developments and opportunities in the crypto world.

Ripple was the best performing crypto, which had gains of 36,018% last year.

Ripple uses blockchain technology to make it easier for banks, payment providers and businesses to send payments globally. They promise to deliver an experience that is instant, traceable, and inexpensive. Companies like UBS, American Express, Santander, Standard Chartered, TransferGO and Currencies Direct use it.

#2. NEM is an enterprise blockchain with “smart assets”

NEM was first launched in March 31, 2015. It is a blockchain that was designed from the ground up to offer superior performance and “smart assets”. That means that it can go beyond transferring money. It can also be used to manage things like currencies, financial instruments, supply chains and notarizations.

The smart assets are made up of mosaics, which can be customized to represent anything you want and then configured using Multisig rules.

#3. Ardor’s one of a kind scalable architecture features parent and child chains

Ardor is a blockchain as a service platform that was just released on November 24th. It was developed by Jelurida, the company that produced the Nxt blockchain. Nxt is the first blockchain to be 100% proof of stake, which reduces the need for mining and is more energy efficient.

According to their whitepaper, Jelurida noticed that Nxt had some limitations, and their goal was to overcome those limitations with Ardor.

For example, Nxt has only one token. The whitpaper said, “This makes it difficult to develop applications which use the blockchain transparently, as ideally, users should not be required to have NXT in order to transact and shouldn’t need to denominate the value of assets and currencies in NXT.”

Ardor solves this problem by having parent chains and child chains.

The second shortcoming with Nxt is blockchain bloat. When blockchains store information from every transaction since the blockchain was created, it will eventually turn into a processing bottleneck. Ardor solves this problem by introducing prunable child chains. Once the transaction from a child chain is complete, the record can be removed from the blockchain.

The third major improvement is that, with Ardor, organizations can make their own custom blockchains that can be customized for a multitude of purposes.

#4. Stellar is a non-profit blockchain dedicated to fighting poverty

Stellar is not only a open-source blockchain global infrastructure that lets you transfer value within seconds… but it’s also a non-profit that fights poverty by offering low-cost financial services.

The network of servers keeps track of a ledger that keeps track of your credits or withdrawals. Every 2-5 seconds the networks communicate and verify transactions and sync up in a process called consensus.

Money is transferred between users as an exchange of credit. When necessary the credit is converted into different currencies at the lowest possible rate.

Dash is similar to Bitcoin, but works even more like physical cash. The money is passed instantly from wallet to wallet across a secure network with no middle man or third party. Your purchases cannot be tracked.

#6. Ethereum is the second largest cryptocurrency

After being the sixth best performing cryptocurrency in 2017, Ethereum went up an additional 60% during the first week of January. CryptoCompare reported that 43% of those Ethereum purchases were made with Bitcoin.

Steven Nerayoff, Ethereum’s co-creator, predicted that the currency could triple in value in 2018, possibly even overcoming Bitcoin. Ethereum is a lot like Bitcoin, but companies prefer using Ethereum because the blockchains can also store information like contracts.

#7. Golem is used for more than just currency

Golem is a global decentralized supercomputer that has a broader use than just currency. It’s an economy of shared computing power. People can use Golem to speed up things like CGI renderings, big data analysis, AI, cryptography, DNA analysis, and, of course, cryptocurrencies. Users can connect to the network ot make an automated side income.

#8. Binance Coin is the currency of the Binance platform

Binance tweeted on January 10th that they now have 5 million users. This coin is now worth $16.59 USD. The word Binance is a mashup of binary and finance. Binance Coin is the currency of the Binance platform, where cryptocurrencies can be traded against each other.

Litecoin was worth $4.55 in January of 2017, and today it is valued at $250.52. On December 19th it reached $366.15. Litecoin was designed to make payments to people anywhere around the world. Miners can get 25 litecoins for every block that they produce in the network, and they plan to end up with four times as many coins as Bitcoin.

OmiseGo is an Ethereum based currency that is currently worth $23.54. One feature that the company offers is white-labelled wallets that can be customized for different industries and payment situations.

Bitcoin got so much attention from all kinds of average investors, especially when the price went up to $1,900 per coin (and came back down).

But as you can see, there are several other cryptocurrencies that are worth paying attention to. As you can see from these top-ten examples, they have seen a far better return on investment than Bitcoin.

It’s an exciting market that is expanding every day. The only problem, as an investor, is that it can be a struggle to keep up with all the new currencies and developments that crop up. It’s even harder to stay on top of which currency is performing the best.

We made 152% on Bitcoin in 2017 and 182% on Ethereum. We’re constantly studying and analyzing, on the lookout for opportunities to make a healthy return on your investment.

And we want you to let you in on all of our secrets, so you can cut through the noise and go straight for the winners in the crypto world.

Join Elite to get access to weekly calls and our monthly performance reports.

You’ll be able to stop running in circles trying to keep track of all this changing data. You won’t need to stare at crypto charts until your eyes bleed wondering whether the price will continue to rise or whether it’s going to crash and burn up your investment.

That’s our job. We watch, analyze and assess the risks every day for our elite members.

During our calls and in our performance reports we’ll boil it all down so that you can make an informed and profitable decision. Click here to find out more.