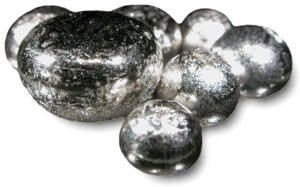 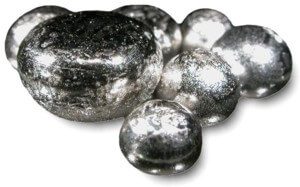 Some precious metals get lost among all the headlines and news stories about the ups and downs of gold and silver. Rhodium, platinum and palladium, however, have been inching into the spotlight lately.

Some investors like their high potential for price movement, while others are simply intrigued by the “alternative” feel of these unsung elements. Still, most metals dealers are well-versed enough to offer guidelines for buying, storing and trading the three “unorthodox” members of the precious metals family.

For those who want to venture past the gold-and-silver paradigm of precious metals investment, below is a summary of the pros and cons of investing in rhodium, platinum and palladium.

Rhodium is one of the most misunderstood of all the precious metals. Its primary use to society is in catalytic converters. Very resistant to corrosion, rhodium looks a lot like silver in its natural state but has a brittle, almost glass-like consistency. One of the main disadvantages (but some consider it an advantage) of investing in rhodium is price volatility. In recent years, it has hit a high of $10,000 per ounce, but settled down to more mundane levels near the current (as of April 2017) price of $945 per ounce.

Don’t be confused when you see rhodium listed as a member of the platinum group elements (PGEs). These are metals with very similar chemical properties: osmium, iridium, ruthenium, palladium, platinum and rhodium. The last three of the listing are commonly traded precious metals, but rhodium is by far the rarest among them.

About 80 percent of all rhodium is used by the auto industry, with another eight percent consumed by the chemical industry. Some analysts think rhodium is poised for another price surge because it is currently trading at historic lows. Auto companies are apparently buying up large reserves to protect themselves from a price rise, but that activity alone could put upward pressure on rhodium prices in the next several years.

Rhodium’s biggest “competitor” in the metals’ category is platinum. But rhodium is so rare (there are fewer than a dozen mines on earth that can even produce it) that its price is unable to rise smoothly to meet demand increases. Instead, when demand goes up, price tends to shoot up rapidly. Some experts compare the price structure and activity of rhodium to fine art. For example, there might be just one or two Monet paintings at auction during a given year, thus prices are highly volatile.

Platinum enthusiasts are many, and they have distinct reasons for investing in their favorite metal. In recent years, demand for platinum bars has increased as precious metals investors attempt to diversify within the sector, buying not only silver and gold but platinum and palladium as well. (Many dealers do not sell rhodium or palladium but most offer silver, gold and platinum).

Platinum prices are currently at a five-year low, trading just under $1,000 per ounce as of early 2017. Some expect a price increase as supplies dry up. There are only two areas of the world, in fact, where platinum can be mined and both are in politically volatile regions: Siberia and South Africa. Political instability tends to exert upward pressure on metal prices and this is especially true in the case of platinum.

Of all the non-standard precious metals (gold and silver), platinum is the most liquid, supported by large retail markets and coin dealers all over the U.S. Like silver, platinum has price support from both the jewelry/collecting and industrial sectors of the economy.

One downside of platinum investing, besides price volatility, is supply. Some metals dealers just don’t stock more than a few ounces of platinum, preferring to make their profit from markups on much better-selling gold and silver bullion.

Palladium has a strange history and is only now gaining ground as a choice for precious metals enthusiasts. The metal was unknown until its discovery in 1803, and languished in anonymity until WWII, when the U.S. government declared trade in platinum illegal (it was used for weapons). Because palladium looks so much like platinum and is chemically similar, jewelers began substituting it for platinum. Eventually, palladium became one of the big-five precious metals alongside gold, silver, platinum, and rhodium.

Many investors who buy palladium like its accessible price point: it currently trades for about $800 per ounce. The metal is used heavily in the jewelry industry and has a much lighter feel than other precious metals. Jewelers love it because it is as easy to work with as gold, looks good, yet costs much less than gold. The white-looking color of palladium never tarnishes or fades, which means that bars and jewelry pieces retain their “fresh” look over the years.

Because palladium is still a relatively new arrival on the precious metals scene, and because it feels light compared to its competitors in the segment, it has yet to gain a foothold among investors. For those looking to diversify their metal holdings, however, palladium should be part of a five-pronged strategy to own at least a small amount of all the key precious metals.

There is some political intrigue surrounding palladium. In the old Soviet Union, the communist government maintained a stockpile of the metal for strategic economic reasons. Even today, the size of that stockpile is a closely guarded secret. It might still exist, or it might have been sold off over the last few years. In fact, the modern-day Russian government flooded the market with palladium from that secret stockpile several years ago, temporarily depressing the price of the metal on global markets. Whether Mr. Putin currently has access to any remaining palladium stockpile from the Cold War era is anyone’s guess.

In the last few years, there has been increased interest in platinum by some of the major investment funds, pension funds and private investors. Like all precious metals, platinum tends to do well when mainstream investments are turning downward. Rhodium, easily the most expensive of all the precious metals, offers huge profit potential and for reasons unknown is currently enjoying very positive media coverage in the metals sector. Palladium has important industrial uses and is one of the components of so-called “white gold” (gold is the other ingredient).

Investors who want to diversify their metal purchases might do well to consider acquiring a small amount of these three very precious metallic elements. Gold and silver will almost certainly continue to dominate the metals’ market for the foreseeable future, but platinum, palladium and rhodium offer savvy consumers an effective way to gain more complete coverage of the entire precious metals spectrum.