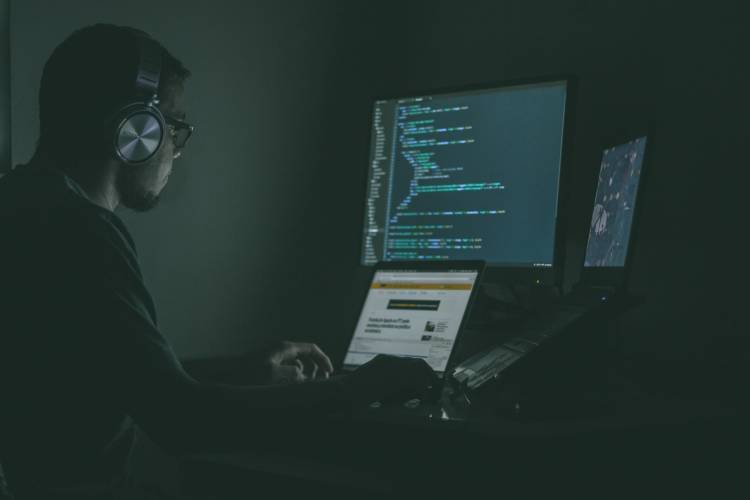 It’s hard to browse the Internet these days without running into one of the ever-present ICO scams.

Sellers say they are introducing a new cryptocurrency, usually compare it to Bitcoin or Ethereum, and proceed to lure “investors” who want to get in on a ground-floor opportunity and possibly make a financial killing in a short amount of time.

More than 99 percent of all ICOs will fail. In fact, that number is actually closer to 99.9 percent.

It’s all smoke and mirrors.

About 50 ICOs currently crop on online each month, and so far, with very, very few exceptions, they have been pure scams.

The people behind them are taking advantage of an unregulated market where just about anyone can say anything to entice consumers to fork over small or large sums of money.

Most of the unscrupulous entities ask for cash investments or sometimes “will accept” Ethereum or Bitcoin deposits. Ethereum and Bitcoin are two of the most successful, and totally legitimate, cryptocurrencies in existence, which is why the scammers are happy to accept ETH and BTC as payment.

Have you ever wondered exactly how the people behind ICOs do their fraudulent magic?

Why is it seemingly so easy for this new breed of con artists to separate otherwise sane consumers from their hard-earned funds?

Let’s take a look at a few of the successful scams to see what’s behind the curtain of this newest form of Internet crime.

“They’re All Scams,” Says an Expert on Internet Trade

The founder of Wikipedia, Jimmy Wales, recently gave an interview in which he described the dangers of the new ICO scams. In his opinion, virtually every new ICO is nothing more than a way for startups to collect money from unsuspecting investors, and a clever way for them to do so by making an end-run around the SEC.

In 2017 alone, ICOs have brought in a whopping $2.4 billion by issuing their own tokenized “money,” and accepting “investments” in the form of cash, Ethereum, or Bitcoin.

Not disparaging the blockchain technology on which cryptocurrency is based, but painting the new ICOs as “scams,” Wales went on to warn investors that they should stay away from any of the 50 or so new offerings each month. Most ICOs advertise heavily on the Internet, buying space on sites where possible investors might be located.

Fraud and loss with ICOs is a problem because there is absolutely no safety net or regulatory agency that can do anything to assist investors who get scammed. Already, two nations have banned ICOs. Both China and South Korea no longer let anyone sell an initial coin offering.

In the U.S., the SEC has attempted to get the regulatory ball rolling by charging a couple ICOs with formal fraud complaints.

It is a crime to sell unregistered securities in the U.S., so that will probably be the approach the SEC begins to use to thwart the purveyors of the worthless cryptocurrency.

Blockchain technology of itself is quite useful for all sorts of financial transactions, and both Bitcoin and Ethereum pioneered the concept when they introduced their own currencies a few years ago.

While most major financial institutions were very skeptical of cryptocurrency at first, there are signs that they are getting used to the idea of blockchain-based money like Bitcoin.

Both JP Morgan and Goldman Sachs are on record as saying that they are looking into crypto ventures. Goldman representatives stated that the firm is considering a crypto platform where investors can buy and sell Bitcoin and Ethereum.

That would be a major breakthrough for the new currencies, and give them a much-needed boost for public acceptance.

Several other financial industry leaders have weighed in on the topic, most explaining that they are “thinking about” the possibilities of crypto money and waiting to see how things shake out over the next year or so.

One major concern that remains is the use of cryptocurrency for money laundering and other illegal activities due to its anonymous nature.

The Anatomy of Two Scam Artists

Opair was an ICO that managed to raise $1 million back in 2016 based on a sales pitch about “universal” debit cards that would work in any ATM on earth. The idea sounded so good that gullible investors bought in. Soon afterward, it became clear that the “management team’s” online profiles were all bogus, and no one ever got any money back.

BitCad was another ICO that made big, attractive promises about streamlining the world of business and commerce, especially in the financial realm.

After investors coughed up $5 million for the startup, the management team disappeared and has never been heard from. BidCad is one of the biggest ICOs to work the scam and get away with a huge sum of money without a trace.

How to Spot an ICO Scam Instantly

Experts say there are several ways to know if an ICO is a total scam or just a small company trying its best to raise money any way it can.

Always run investment decisions by a professional before committing your money to any organization or “entrepreneur.”

Particularly when it comes to ICOs, it’s best to avoid them completely.

For investors who want to get into the cryptocurrency field, stick with the known quantities like Ethereum and Bitcoin, two of the best-known of the hundreds of cryptos out there.

For an evenhanded look at cryptocurrency in general, read what Investopedia has to say about the topic. The investment magazine offers an overview that includes a brief history of cryptocurrency, and discusses the good and bad aspects of this new form of global money.

If you want more in-depth information about the topic, there’s a relatively new book called The Internet of Money. It delves deeply into the entire world of cryptocurrency, where Bitcoin came from, how it operates, and why so many investors and businesses are warming up to it.