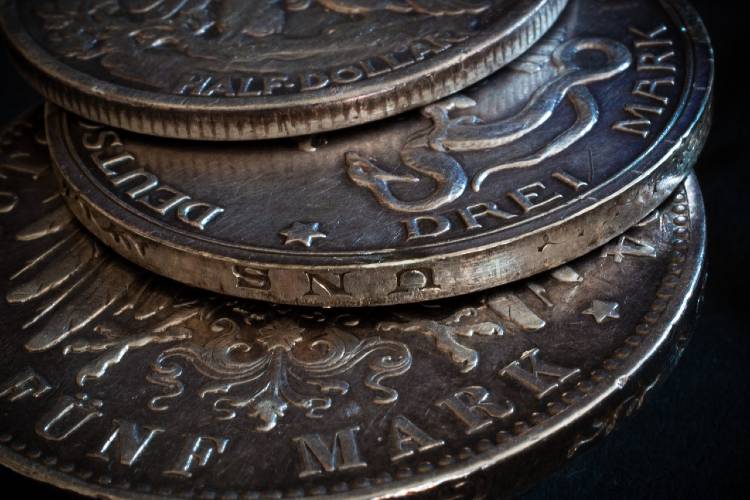 In addition to those who invest in coins for their precious metal content, some look to a coin’s rarity as a store of value and as a way to make a profit. But getting a foothold on the precious coin market can be a tricky endeavor. Serious investors should be ready to do plenty of research and enlist the services of professionals when the need arises.

What are “Rare” Coins?

Coins made of gold, silver, copper, bronze or any other metal are considered “rare” if their value primarily depends upon their scarcity or demand, rather than the value of the metal they’re made of. Pre-1933 U.S. gold coins are a typical example of this genre. Many specimens from this time period are worth much more than the value of the gold they contain.

The same goes for silver and especially the cheaper metals like copper and nickel. Rare Lincoln cents, silver quarters, pre-Civil War copper and nickel pieces, so-called “Large Cents,” and a number of Indian Cents sell for prices that are many thousands of times the value of the metal they are composed of.

Every coin has what dealers call a “melt value,” namely the amount that the metal itself would sell for if the coin were to be melted down and sold that way. It’s not hard to imagine that most copper coins are worth just a few cents in such a scenario. Even silver coinage carries melt values that are approximately 12 times their face amounts. A pre-1965 Washington Quarter, for example, contains a silver content worth about $2.90 when melted out.

A truly rare Washington Quarter, however, might sell for $100, which means that its numismatic value is $97.10, which is the difference between the melt value and its sales price. If you were to own such a coin, it would be quite unwise to melt it and sell the silver because the rarity of the quarter itself is what constitutes most of its value.

What to Pay for Rare Coins

Here’s where the homework comes in. The U.S. Federal Trade Commission suggests that anyone who intends to invest in rare coins should do plenty of research. There are the coins themselves to consider: their age, condition, scarcity, recent auction prices, and published values.

There is also the all-important question of a rare coin’s grade. This is the “official condition” that a specialist deems the coin to be in. Without getting too technical, the grading scale ranges from a low of 1 to a high of 70. There are different grading systems in use, but that is the most common scale used by rare coin investors.

Finally, one who wishes to make a profit from investing in rare coins must locate a reputable dealer or dealers. No one, for example, randomly selects a broker or attorney. Most people ask their friends for referrals, do some research on the Internet, or call around and find someone they feel comfortable with, at the very least. Before putting thousands of dollars into rare coins, find a reputable dealer.

The right price to pay for a rare coin will depend on its scarcity, its grade and the dealer who sells it. Above all, investors should familiarize themselves with the rare coin market, attend an auction or two, visit several coin dealers and spend a dozen or so hours reading and researching the market before making a first purchase. After that, when you’re more comfortable with the environment, each purchase won’t take so much time and effort; but it is well worth doing extensive due diligence before that crucial first buy.

Most coin experts say that price is determined by “year, type, condition, and location.” That insider shorthand translates: “A rare coin’s price depends on where it was minted (Denver, San Francisco or Philadelphia, for example), the year it was minted, its condition (poor, fair, excellent, uncirculated are common designations), and the type of coin it is (a dime, half dollar, quarter, etc.)”

[Note: Condition is often referred to as “grade.” The two terms are used interchangeably by investors and dealers.]

If you spend more than five minutes in conversation with a group of coin investors, you will inevitably hear mention of a dispute about the grade/condition of a specific coin that recently sold at auction. As wine aficionados can pass hours on end debating the comparative qualities of two different bottles of fermented grapes, coin specialists seem to constantly veer into nuanced discussions about grading issues.

One reason is that grading of coins is a rather subjective practice that has been shoe-horned into a statistical system. The 1-through-70 system is better than having no system at all for assessing the condition of a coin; but high-value pieces are sometimes a tough call between a 62 and a 63, for example. As a result, investors are left to make a decision whether to pay an extra $1,000 (as an example, but a realistic one) for a Grade-63 coin that might be called a Grade-62 by another expert.

That’s why many coin investors hire expert graders to assess the condition of a potential buy. The situation is quite similar to what routinely happens in the world of fine art sales. Appraisers rarely agree on an exact price, but smart buyers often get two estimates and base their purchase price on the combined information.

Before entering the field of investing in rare/precious coins, here are a few guidelines to consider:

It is always a good idea to have a coin appraised during the buy-back period. If the “second opinion” is in line with the price you paid and the grade is consistent with what the seller represented, you’ll have much more peace of mind than if you had not taken this important step.

Investing in rare coins can be an extremely rewarding, and interesting, way to make a profit on your time and money. But keep in mind that hold times are long and you will need to do a good deal of research on each purchase and sale. For anyone who likes the long-haul type of investments, rare coins are intellectually stimulating and carry the potential for handsome returns.