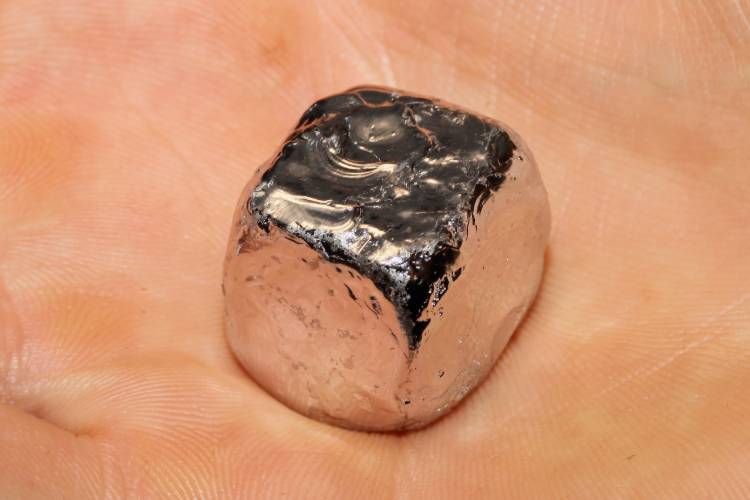 In late 2017, multiple media outlets featured stories about the “precious metals outlook” for the upcoming year. The few advocates for investing in rhodium, a by-product of platinum mining, were routinely dismissed as kooks, Neanderthals, and worse.

Fast-forward to early 2018. If anyone had listened to the “rhodium nuts,” as one network analyst called them, they would have seen a doubling of their investment during the 12 intervening months. Actually it was better than that, with an annual return of 118 percent.

Gold and silver, whose backers are never called bad names, saw price rises of about 11 percent and 3 percent for that same time period, respectively. Those rhodium nuts don’t look so loony now, do they? Let’s see what goes on in their strange, nearly-insulated world. Perhaps there’s a lesson to be learned.

“Dear Rhodium, How Precious You Are!”

Those mock-romantic words are not an exaggeration, for “dear rhodium” is 100 times as rare as gold, the darling of the precious metals market. It is 150 times as rare as another PM favorite, silver. Only six mines on earth produce rhodium, and those do so only as a by-product of other platinum-group-metal (PMG) substances.

Of all the PMGs, rhodium is the rarest. That fact is especially astounding when you consider that the PMG group consists of extremely rare oddball metals like ruthenium, iridium, and osmium. Factoid: In 2009, the earth’s crust yielded 2,350 tons of gold via the mining industry. That same year, only 25 tons of rhodium made it out of the ground and into production.

About 90 percent of all rhodium is used in the production of catalytic converters for cars and trucks. The metal’s unique ability to scrub environmentally hazardous substances from exhaust is what makes it so sought after. With China, India, Europe and the U.S. auto markets using more and more catalytic technology, the demand for rhodium has virtually nowhere to go but up. Add to that the fact that rhodium’s historical behavior, because so little of it is mined, is volatile.

In other words, when prices go up, they tend to spike temporarily and then settle down after a while. A demand surge like that is what sent the metal’s price skyward in 2008, when prices reached $10,000 per ounce for a short time. Every rhodium enthusiast repeats this fact for non-believers, and dreams of the day when super-highs like that are again reached.

How to Buy Rhodium

Until 2008, there was almost no way for average investors to buy rhodium. Now, there are ETFs, numerous ways to buy into mining companies that produce rhodium, a robust futures/derivatives market, and bullion.

ETFRHO: SJ, AfricaRhodium Debentures, a rhodium ETF on the South African exchange, was the top performer in this very small niche during 2017

Deutsche Bank offers one of the world’s most popular rhodium ETFs and has been doing a brisk business since its inception a few years ago.

Rhodium bullion, because the metal is as brittle as glass, has to undergo very specialized minting processes to yield imprinted bullion rounds and bars. But two sellers, the Cohen Mint and the Baird Mint, now offer beautifully packaged rhodium ingots in one-ounce and smaller increments.

For bullion enthusiasts, sealed one-ounce bullion bars sell for $1,810, while the “jumbo” 5-ounce units go for $8,850 (as of early 2018). Note that, like all other precious metals, there are markups on bullion units of rhodium. That shouldn’t deter investors, because as rhodium prices rise, so do the buy/sell prices of marked-up bullion pieces. Baird’s one-tenth bar currently sells for $226.

The Future for Rhodium Investors

Rhodium experts (they’re almost as rare as the metal) suggest that novice investors consider taking a small position in the metal as a hedge against economic uncertainty. Because of political instability in the world’s biggest producing country, South Africa, even holders of one or two ounces of rhodium stand to do well in the event of a labor strike or mine shutdown. Likewise, as China and India’s auto markets begin to demand more catalytic converters, rhodium has a future as shiny as the lustrous finish of its glistening ore. That’s a rare opportunity.

One final word: If you intend to purchase rhodium bars or rounds, do plenty of price comparison. Even in large cities, supplies are erratic and dealer-to-dealer quotes can have huge spreads. Work the phone and compare prices from local and online dealers you trust.