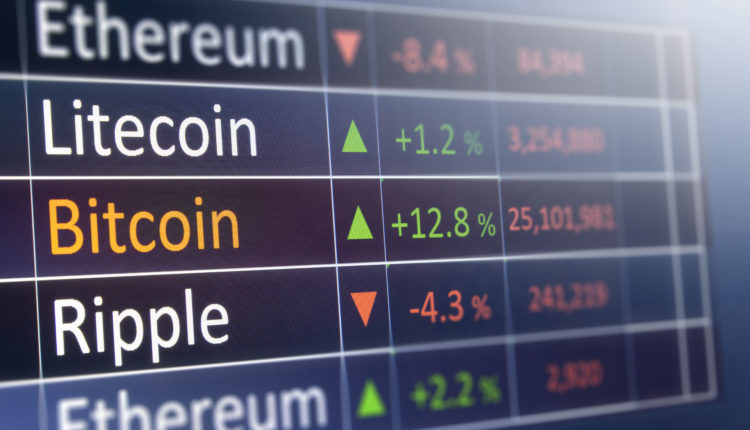 There’s a reason why people find holding gold so attractive…

Once you get it, you’re solely in charge of it. You can secure, store or trade your gold as you like.

This is a major reason why people like the idea of cyber-currencies.

You are totally in control of your own holdings. No bank can freeze your account or refuse your withdrawal.

Here are three other reasons to hold cyber-currencies..

1 – You are in control of your own money

What’s more, because cyber-currencies are completely borderless and international, unlike cash, it could be accepted by anyone in any country in the world.

Just as no one can take your cyber-currency from you, no one can restore it for you either.

2 – You are not tied to the economy of a country

Imagine you live in country like Venezuela where the IMF forecasts annual inflation to reach 1,000,000% by the end of 2018.

If you convert your money into bitcoin, it’s going to be much more stable than if you keep it in the Venezuelan Bolívar. You’re not going to end up trying to buy bread with wheelbarrows full of money.

In addition, if you live in a county that imposes capital controls and bank withdrawal limits like Zimbabwe, again you can simply trade in cyber-currencies instead.

However, because cyber-currencies are independent from nations’ currencies, they’re highly volatile.

For example, Bitcoin dropped from $20,000 in December to around $8,000 today. Nothing compared to Venezuela’s 1,000,000% hyperinflation, but it’s a massive drop compared to the value of the pound or the dollar.

The thing is, cyber-currencies like bitcoin will regularly double or even quadruple in value.

Today, cyber-currencies basically run on almost pure speculation. As adoption increases, the prices may become more stable, but they will still never be as stable as a traditional currency.

No entity owns or controls Cyber-currencies like bitcoin, so it can’t be manipulated or diluted. There will only ever be 21 million bitcoins. No one will be able to “print” more after they are all mined.

The network is maintained by thousands of people all over the world. No one can shut it down or censor it.

It truly takes the power away from the corporations, from the government and from the middle-men like banks and puts it directly into the hands of the people.

This is the most compelling part of holding cyber-currencies

However, of course, that power and responsibility comes at a cost. Because it is not controlled by any one entity, there’s no one you can turn to when things go wrong.

If someone steals your cyber-currencies, they’re gone. If you get you get hacked, your money is gone.

So decentralisation isn’t all sunshine.

But still, investing a portion of your money in cyber-currencies, and if you’re careful, I think the positives outweigh the negatives.