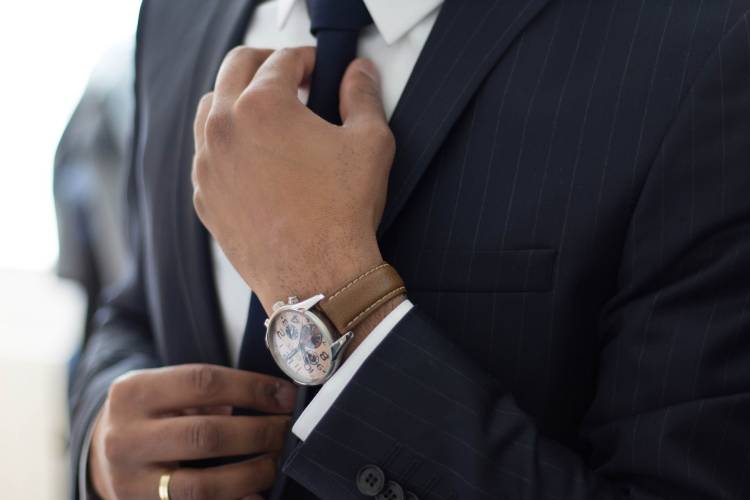 When Bitcoin reached and exceeded $10,000 dollars per coin, you may have been wondering if you missed your chance to buy it and make money with it.

Well, if you bought it last week when it was pushing up against $10,000, you could have made a profit. Today one coin is worth $16,090.Surely, you might still be thinking, it’s too late to make money with Bitcoin.

A recent article in Fortune gives some legitimate reasons to worry about investing in Bitcoin, as well as plenty of reasons to be confident.

The volatility of Bitcoin is one of the biggest reasons to worry. Since it came on the market, Bitcoin has lost over 80% of its value five times. But each time it lost value, it was in the news and that generated more interest in the cryptocurrency… bringing the price up again.

In his speech to the the Dataconsult-MBMG IA event (and I thought I was bad at naming events!) on November 22, Paul Gambles, the Managing Director for MBMg Investment Advisory, warned that the pricing charts for cryptocurrencies looked alarmingly similar to the charts of pump and dump scams.

Gambles wrote, “If ever any structure were ideal for pumping up the price in secret and dumping it into unsuspecting investors, it’s cryptos – because of the hidden identities of the participants and the lack of transactional regulation.”

Finally, after reaching a high, there is a strong possibility that there could be a correction.

But here’s the good news…. One Bitcoin could be worth $1 million.

Bitcoin has a long way to go before it truly peaks.

Many experts, including James Altucher, believe that a single Bitcoin will be worth $1 million. According to Altucher, there are many factors that can push the value of the currency up. For example, a country’s currency could fail and the population of that country would begin to use Bitcoin, banks could start to accept Bitcoin, the vast majority of alternative cryptocurrencies will fail, and the U.S. government will use it to make transactions with other countries.

Matthew Frankel predicted in a Motley Fool article that Bitcoin had the potential to reach $1 million back in June, when the price of Bitcoin was ¼ the price that it is now. One of the reasons that Frankel gave for the surge in price was that Japan passed laws allowing retailers to accept Bitcoin for purchases.

In September, Japan surpassed the US as the largest Bitcoin market. The Tokyo Financial Exchange is moving toward futures in Bitcoin (and with it, the possibility of betting against it for those who are still skeptical).

Wences Casares, is a member of PayPal’s Board of Directors and the CEO Xapo, a bitcoin wallet. Casares also predicted that Bitcoin will reach $1 million in the next 5-10 years. He said, “The internet doesn’t have a currency and it desperately needs one.”

Casares said that the two biggest mistakes investors could make are 1) investing more than they can afford to lose and 2) investing nothing.

Here’s how to get started with Bitcoin, even if you’re fashionably late.

Coinbase is a platform where you can trade with digital currencies like Bitcoin, Litecoin and Ethereum and it is also a digital currency wallet. Based out of San Francisco, California, the company was founded in 2012, has already served 10 million users and has $50 billion is cryptocurrencies so far.

When you visit the Coinbase website, you can click the signup button on the upper right hand corner.

You can choose to create an account as an individual or as a business. If you choose individual, you will put in your first name, last name, and your email address and then you’ll have to certify that you are not a robot.

(It is a little more complicated when you sign up as a business. As of today, they said they were no longer accepting merchant services accounts, but they would have more information soon. People that are investing on behalf of an institution will be redirected to sign up through GDAX.)

Once you’re inside you will come to a dashboard that shows some information on the Bitcoin market. For example, I logged in just now and noticed right away that Bitcoin has gone up $1,000 since the time that I wrote the opening paragraph to this blog post ($17,090) and it is up 143.14% since last month.

You can add your phone number so that you can use two factor authentication when you make large transactions.

Next you add a bank account or credit card number to make your first transaction. It may take 4-5 business days to make the transfer from some bank accounts. But you can also use a credit or debit card for smaller transactions or make a wire transfer. Different fees apply depending on where you live and what type of transaction you are making.

Be prepared to verify your bank account by entering the small amount of money that they have deposited into your account.

Once your bank account and phone number are verified, you will be able to start buying Bitcoin, Ethereum and Litecoin. The dashboard is clean and straightforward, and you can see exactly how much of each currency you are holding.

Step 2: Start by investing an amount that you feel comfortable with

Just because the coins are worth over $17,000 doesn’t mean you have to spend that much.

You can buy a small fraction of a coin, or buy several coins. It’s completely up to you.

Step 3: Once you’ve plopped down some money on Bitcoin, you might be still wondering if you’ve made a mistake. Relax.

I know what you’re thinking. The price is already very high. What if it doesn’t go any higher?

Public interest and institutional investment are driving the price of Bitcoin. Not only are people talking about it a lot these days, but we’ve barely scratched the surface of people who could possibly use it.

People are signing up every day. Institutions are starting to pour money in. And the more people that use it, the more valuable and useful it will be.

Between November 22 and November 24, 100,000 new accounts were set up on Coinbase. The number of users has nearly doubled since last November.

But it’s not just individuals that are investing. In an article called “Five Reasons Bitcoin Will be Your Best High Growth Investment in 2018,” published in Forbes, Chris Kline wrote that there will be an increase in oversight and regulation in Bitcoin, which means that large financial institutions will invest billions into the space. More people are using it. There has been a 55% increase in transaction volume in 2017, and there are rumors that Amazon will begin to accept it as a payment method.

You’re not too late. In fact, the Bitcoin party is just getting started.