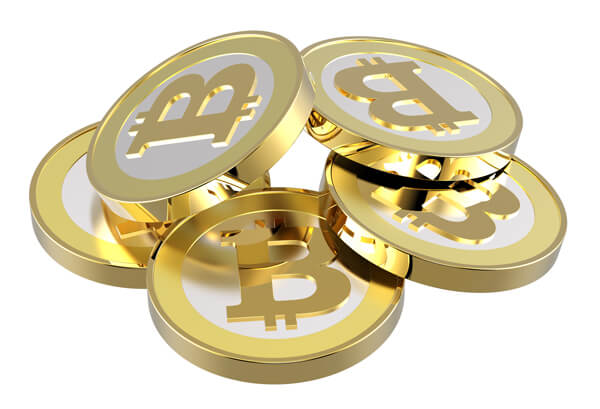 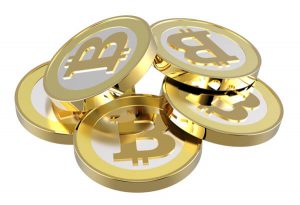 Bitcoin, the cyber currency with the largest capitalization and daily usage volume, has at last become an investment that anyone can take advantage of. Until late 2015, very few people even knew how to purchase Bitcoin, and fewer considered it to be a viable form of “alternative investing.”

How Does Bitcoin Work?

The best way to think of Bitcoin is as a computer program or as a specialized mobile app. The app/program includes a virtual wallet and a means by which the owner of the coin can purchase goods.

Some brick-and-mortar businesses accept Bitcoin at the point of purchase, while many more retailers accept it as on online form of payment. The internal workings of Bitcoin and its verification process are quite technical and complicated, but no more than the paper currency system in the U.S. and other nations.

Where did it Come From?

In 1998, Wei Dai described his idea of what a crypto-currency might look like. He did so in enough detail that today he is credited as being a pioneer of the concept. However, the programmer Satoshi Nakamoto (probably a fictitious name) came up with a workable prototype for the idea in 2009 and is generally considered the father of Bitcoin, even though his (or their) identity is shrouded in secrecy.

Is Bitcoin an “Alternative-alternative” Investment?

Even after years of successful transactions, Bitcoin is still considered a questionable investment, even by experts in the alternative community. One reason for this reluctance is the newness of the concept, the questionable anonymity behind its creation, and its recent price volatility.

What are the Advantages and Disadvantages of Owning Bitcoin?

Investors who are accustomed to the exciting world of alternative asset classes are turning to Bitcoin in greater numbers in 2017. There are distinct advantages and disadvantages to using cyber currency as an investment, but perhaps no more or less than rare coins, diamonds, art, or real estate.

For investors who want to add Bitcoin to their alternative portfolio, here are key pro’s and con’s to keep in mind:

Where to Purchase Bitcoin

Unlike stocks of traditional corporations, coins, precious metals, works of art, and classic cars, purchasing Bitcoin is rarely done (directly) with credit cards or services like PayPal. One needs to locate an exchange or an individual seller to enter the market. Changes in the Bitcoin marketplace since mid-2016 have made the process much simpler, though still a bit odd.

Here’s how to buy an interest in Bitcoin:

The simplest way to acquire Bitcoin is to visit an exchange information site. One of the largest is located at BuyBitcoinWorldwide, where investors and consumers can learn how to purchase Bitcoin using their credit cards, PayPal, a bank transfer or with a debit card. This site and others like it are a one-stop info center. Potential investors can read an intro about Bitcoin, choose an exchange, buy Bitcoin, learn how to avoid scams, and secure their Bitcoin via the use of a “wallet.”

Sources of Information for Potential Investors in Bitcoin

Bitcoin.org: There are several very good information resources for Bitcoin investors and for anyone who wants to know more about this unusual asset class. For starters, a comprehensive overview of the currency is located at Bitcoin.org, the grand-daddy of websites where potential investors and Bitcoin users can learn about exchanges, the history of the currency, and much more.

At Bitcoin.org, there are also lots of community links for cyber-currency enthusiasts to exchange views, questions, and comments. The site’s FAQ section is the best on the Internet and is an ideal place for alternative investors to begin.

IRS.gov: For tax guidance on the topic of Bitcoin and other cyber currencies, the IRS site has a wealth of information. It’s not all about taxation either, but includes a fair treatment of “virtual currency” (that’s the official IRS term for investments like Bitcoin, by the way, and will soon become part of official accounting and investing nomenclature).

Potential investors based in the U.S. should note that IRS regulations can treat Bitcoin as cash, income or a capital asset, depending upon how the owner uses it. This distinction can be quite important at tax time, so Bitcoin enthusiasts and owners should read through the IRS information carefully in order to minimize their potential tax burden.

Bankrate: Financial resource center Bankrate.com has an excellent guide for Bitcoin investors that lays out the entire range of pro’s and con’s for this new investment class. Bankrate’s experts did a trial run to find out how to purchase Bitcoin, how to store it, and how to sell it. Their verdict on the virtual currency is mixed, but they generally concluded that it is a stable investment that has a few typical drawbacks.

The Verdict on Bitcoin

Anyone who intends to purchase Bitcoin or one of the other cyber currencies should spend at least as long as it takes to read through the above guides from IRS, Bankrate, and Bitcoin.org. Armed with that information, it should be simple enough to make a decision about whether to take a stake in the world’s first, most popular and most capitalized cyber currency, Bitcoin.