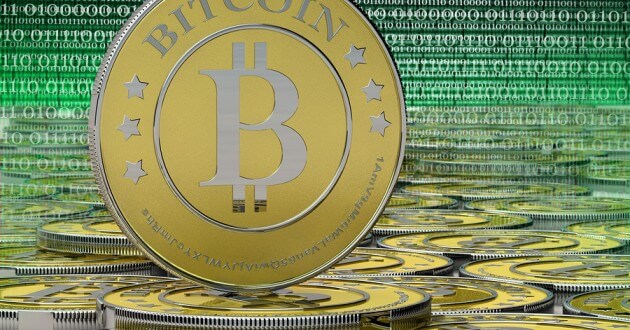 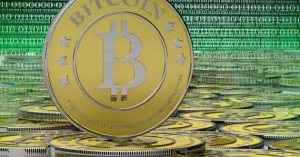 Some say the future of investing is in the cyber currency field, while others warn that the entire sector is rife with scams and potential danger. The truth is likely somewhere between those two extremes, but the fact is, many people have already made small fortunes in the digital currency game and millions of others want in. Others have lost significant sums. Just what does it take to participate in the exciting, futuristic world of cyber currency investing?

Cyber currencies are often called crypto currency, virtual money or a combination of these terms. They came into existence to take advantage of the unique character of the Internet. In a way, they are like cash in that a holder does not need to have a bank account, just the coin, to make an online purchase. But you can’t shove cash into a computer to buy something, hence the creation of virtual money, which can be spent anonymously online.

“Accounts” and individual purchases are verified in several ways, all of which cost the purchaser a small fee (much lower than a credit card fee). When you use a virtual coin to buy something online, the existence of your coin is verified, or “confirmed” by a computer network comprised of the coin’s users. Strong cyber currencies have many users and high daily exchange volume.

Of the 357-plus cyber currencies that already populate the investing landscape, Bitcoin is by far the best known. The leader of the pack, even Bitcoin’s origin is shrouded in mystery: no one knows who created it, though experts suspect it was a group of high-rolling programmers who came up with the unique idea.

After Bitcoin’s value soared more the 6,000 percent in a short period during 2013, it came crashing back down again. Soon, major online retailers began accepting it and other cyber currencies. That initial acceptance was a watershed for the industry. Now, hundreds of virtual currencies are in existence, some more stable than others.

The consensus among financial community experts is that cyber currency is a high-risk, even borderline speculative proposition. Anyone who wants to commit to a stake in one or several of these new forms of money should become acquainted with the key members of the market,  and learn about potential risks and rewards.

The Major Players in the Cyber Currency Market

Virtual currencies are only as good as the acceptance rates and volume of daily trading. Coins that exist in name only or are used for a tiny number of transactions have no value for investors. The top cyber currencies have been around for a few years, boast massive trading volume and wide acceptance.

Bitcoin: With a market capitalization of more than $10 billion and has been in existence since 2009. It does more trading volume than all the other virtual currencies combined. In fact, Bitcoin’s market domination is so accepted that every other kind of virtual money is referred to as “alt coins,” meaning an alternative to Bitcoin.

Ether: Vitalik Buterin created Ether in 2015 in hopes of improving what he saw as flaws in the Bitcoin platform. With a market cap of just over $1 billion, Ether is building a reputation for P2P (peer-to-peer) contracting methods that do not need third parties for verification. The currency is one of the rising stars of the segment, known as the first big alternative to rival Bitcoin. Its so-called “smart contracts” that need no third parties are the talk of the cyber currency world.

Litecoin: Since 2011, this creation of Charles Lee has been viewed as one of the primary alternatives to Bitcoin, yet is strikingly similar to it. In the high-tech world of cyber money, Litecoin plays Pepsi to Bitcoin’s Coca-Cola. Litecoin has a tiny capitalization, however, at just $180 million.

Monero: Using a unique technology called “ring signature,” Monero claims to be truly anonymous. The company behind the currency notes that its virtual money is “private, secure, and untraceable.” In fact, Monero’s bragging point is that it can’t be traced back to its users. A capitalization of $140 million puts it in the top ranks of cyber currencies.

Ripple: With a capitalization of $245 million and quickly gaining acceptance for certain types of banking transactions, Ripple has been around since 2012.

The rest of the Top Ten cyber currencies have very small capitalization levels and limited usage but are among the few issues that could gain momentum as virtual money becomes more widespread. Each is listed with its capitalization rate and main form of usage:

MaidSafeCoin: $39 million, has a reputation as being safe to use.

If you want to start investing and buy cryptocurrency you should also have a look at the top list of the https://www.cryptimi.com/cryptocurrency-exchanges published by cryptimi.com

Risks and Rewards of Virtual Currency

There is still a lot of debate about the efficiency and usefulness of cyber currency, but most agree that it is inflation-proof. Because re-valuing takes place many thousands of times per day, inflation is a non-issue. Some of the other rewards/advantages are:

On the other side of the cyber coin, the drawbacks of this new type of money include:

How to invest in cyber currencies

It used to be difficult to invest in cyber currencies because you can’t buy them directly from a bank, and most sellers won’t accept credit cards or PayPal. But two exchanges have changed that – Coinbase (at www.coinbase.com), and Circle (at www.circle.com), are places where investors can begin to accumulate cyber money. Credit cards and other common forms of payment are accepted.

After “investing” in (purchasing) cyber currency, owners will need to store the money in an online or offline wallet. There are “vault” services, very similar to bank accounts that will store your cyber cash for a fee. Many investors prefer to store their cyber money in an offline wallet that resides on their computer’s hard drive or in a detachable memory stick. Detachable sticks can be purchased at major retailers or online for about $30.